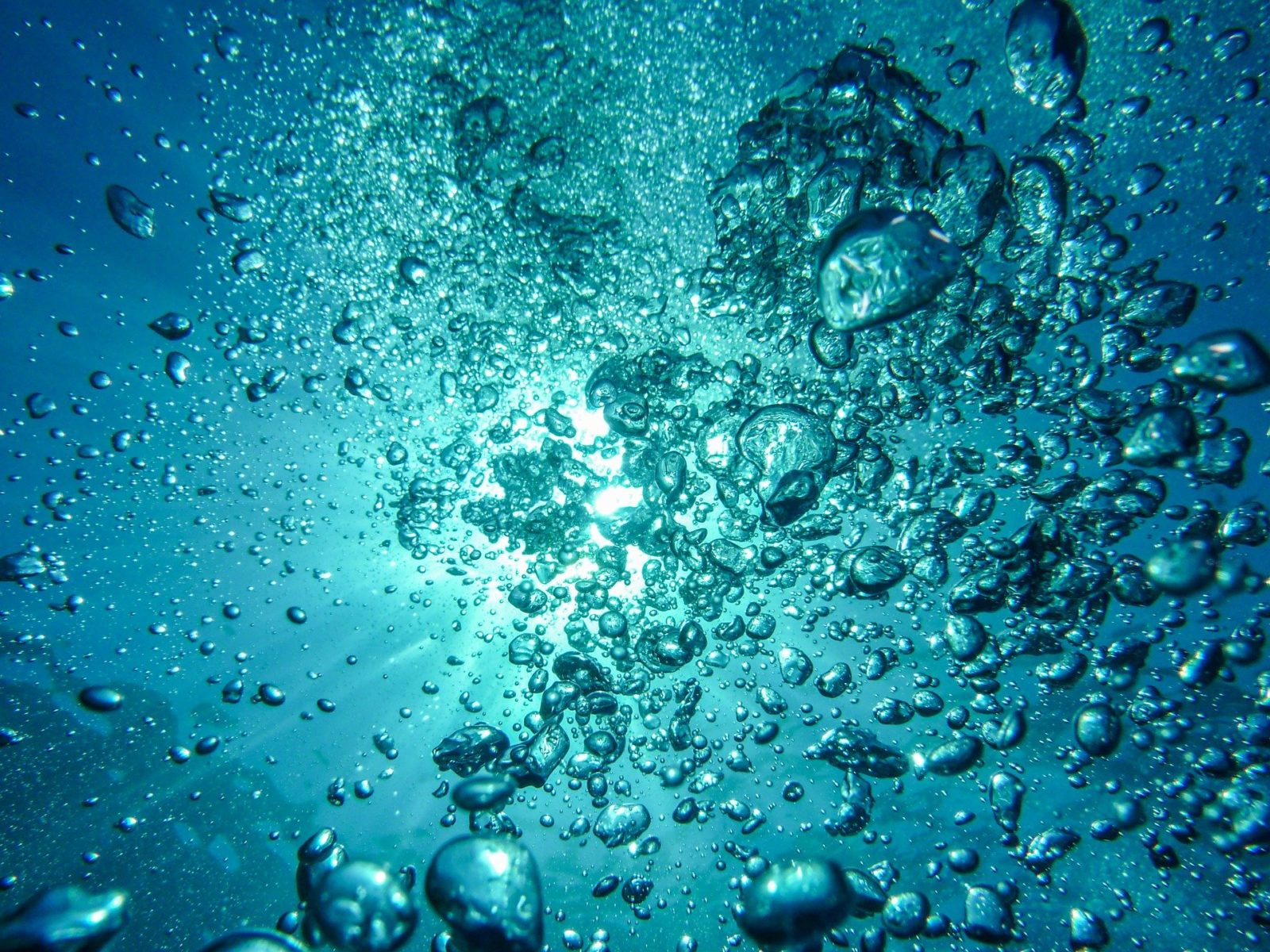 Can Molecular Hydrogen Help Slow Down the Ageing Process?

WHAT IS MOLECULAR HYDROGEN?

Molecular hydrogen (H2) contains two atoms of hydrogen (H), the most abundant and lightest element in the universe. H2 is a colourless, odourless, tasteless gas, which was classically thought to have no effect in the body. This view is quickly changing, however, as various biochemical, physiological, and health-promoting effects of H2 are being discovered.

Recent studies have shown that molecular hydrogen is a highly selective antioxidant that may protect essentially all organs, including the brain, against oxidative stress. The biological effects of H2 translate to numerous health benefits—so many, in fact, that hundreds of scientific publications now exist.

Hydrogen can be administered by inhalation or oral supplementation. For practical daily use, measurable benefits can be achieved by drinking pure water saturated with H2.

Hydrogen water is water into which molecular hydrogen has been dissolved, and some researchers have found the antioxidant, anti-inflammatory properties of H2 water to benefit quality of life and the ageing process.

HOW DO WE AGE?

“The common denominator that underlies all modern theories of biological ageing is change in molecular structure and, hence, function.” – Leonard Hayflick, Professor of Anatomy at the University of California, San Francisco, and researcher on ageing.

Research continues to try and determine the intricacies of the ageing process and what causes its acceleration. But whatever the reason, it is more of a multifactorial synergistic process than just single cause.

There are many contributors to ageing including free radical damage, gene expression and DNA changes, inflammation and mitochondrial function decline. Loss of Nrf2, which helps to upregulate our cells’ antioxidant defence system, is also a contributor as well as reduced telomere length.

So, it may be interesting to know that within the hundreds of studies looking into the benefits of molecular hydrogen (H2), it appears to have a positive effect on ALL of these.

The exact way in which this important little molecule works is unknown. Still, it does appear to be a novel and powerful antioxidant which can effect gene expression, suppress pro-inflammatory cytokines (inflammatory messenger chemicals), reduced oxidative stress, activated the Nrf2 antioxidant transcription factor and can help prevent cellular damage.

Your diet, emotions, exercise, sleep patterns, level of mental stimulation, alcohol and drug intake, weight, exposure to environmental toxins and socioeconomic status can all contribute to your ageing process. They can alter your DNA and gene expression and increase free radical damage and inflammation – the primary drivers of ageing.

Research suggests that DNA changes throughout someone’s life can significantly increase their susceptibility to heart conditions and other age-related diseases.

Your gene expression and response to your lifestyle and environment can determine whether you will be prone to accelerated ageing.

It’s also a common belief that excessive oxidative stress (free radical damage) and prolonged low-level inflammation are precursors to chronic disease. This includes those associated with biological ageing such as cardiovascular disease, type 2 diabetes, Alzheimer’s disease, Parkinson’s, chronic obstructive pulmonary disease, hypertension, atherosclerosis and cancer. We will be talking about the positive benefit of molecular hydrogen on these in our later blogs

SO HOW CAN MOLECULAR HYDROGEN HELP?

A modest amount of oxidative stress is normal and plays an important role in our very existence. Nitric oxide, for example, is an oxidant that triggers necessary cellular signalling pathways and processes such as vasodilation. However, when the body is put into a highly stressed state, which can exist in acute injury, progressive disease, or treatment for a condition like cancer, the threshold above which these and other oxidants can be beneficial is exceeded. Chronic oxidative stress is one of the major contributors to many lifestyle-related and progressive diseases, as well as the process of ageing. Studies suggest that H2 selectively reduces excessive amounts of tissue oxidants in many different diseases.

In 2007, a ground-breaking article published in Nature altered the face of research on ageing. It revealed the powerful antioxidant capacity of hydrogen gas and its ability to protect cells from damage by selectively scavenging toxic free radicals.

Acute free radical damage (or oxidative stress) causes inflammation and destruction to cells and tissues. Over time, this leads to all manner of chronic disease, including cancer.

In addition to mopping up free radicals, H2 activates the nuclear factor erythroid 2-related factor (Nrf2) cell-signaling pathway, an intrinsic mechanism of defense against oxidative stress. Nrf2 turns on the transcription of antioxidant elements, detoxification enzymes, and proteins required for glutathione synthesis and recycling. The impact of treatment with H2 on Nrf2-related antioxidant protection has been shown to extend up to eight hours after H2 is no longer detectible in the cellular medium.

In addition to its antioxidant effects, H2 helps counteract systemic inflammation. Animal and human studies suggest a potential role for H2 in the treatment of chronic inflammatory conditions. H2 helps reduce the inflammatory cascade triggered by lipopolysaccharide (LPS, also known as endotoxin) which often is attributable to dysbiosis (imbalance of bacteria) in the gut.

HYDROGEN-RICH WATER MAY BE EFFECTIVE AGAINST AGEING

As H2-water has anti-oxidative effects which may help to inhibit age-related inflammation and tissue damage, researchers ran a trial to see if it could protect against ageing periodontal tissue in rats. After consuming hydrogen water up until 16 months, the experimental group of rats had lower levels of oxidative tissue damage compared to the controlled group who drank distilled water.

Stress and other negative emotions take their toll on ageing too, and one 2018 study found that after drinking hydrogen water for four weeks, participants experienced improvements in mood and anxiety markers. It also enhanced the autonomic nervous system.

An animal study published in Nature in 2018, meanwhile, found that hydrogen-rich water has the potential to suppress vascular ageing.  For more information about ongoing research into the possible therapeutic benefits of molecular hydrogen and hydrogen water, visit the Molecular Hydrogen Institute.

There are lots of expensive options out there, but if you would like something more affordable, we recommend the Biocera alkaline jug and filters. This stands out from regular filters and transforms tap water into alkaline, mineral-dense, hydrogen-rich water.

We always encourage you to do your own research and draw your own conclusions about any topics we discuss. But if you feel that you would benefit from drinking hydrogen water, we proudly stand behind our products.

Whether orally administered as water, inhaled as gas, or injected or intravenously administered as a saline infusion, there is a growing body of research supporting the role of molecular hydrogen in the slowing of the ageing process, and treatment and prevention of some age-related diseases.

More information for the more technical!!!!

If you have not taken a look at the medical research surrounding molecular hydrogen, you are missing out on a nutritional tool with a broad biological impact. In 2007, hydrogen first made its mark as a nutritional therapy, and since then, we have seen an abundance of clinical and preclinical studies investigating the benefits it may offer in numerous diseases, as well as for health optimization.

Molecular hydrogen has shown an ability to control cell signalling and gene expression resulting in the suppression of inflammation and oxidative stress. It also appears to activate the Nrf2 antioxidant transcription factor, helping to reduce inflammatory injury.

H2 has the potential to improve the levels or activity of SIRT 1, one of the seven known intracellular proteins called sirtuins. These are integral to the ageing process and are nicknamed ‘longevity proteins’.

Telomeres are stretches of DNA and proteins that form the ends of our chromosomes. Each time our cells divide, the telomere length shortens. There’s a point at which they can’t get any shorter, and this ultimately results in cell death.

While telomere shortening is associated with tumour suppression, it is also linked to limited stem cell function, regeneration and organ maintenance during ageing. It’s also connected with an increased age-related chronic disease and cancer risk.

Once more, molecular hydrogen shows a promising ability to slow the ageing process, this time by modulating telomerase activity which is the enzyme responsible for maintenance of the length of telomeres.

While all this research is positive and ongoing, it’s important to note that it is a work in progress and remains inconclusive. Although there are some human studies, many tend to be small and animal or cultured cell-based.

For example, cultured cell studies using hydrolysed water showed that it was able to penetrate cellular membranes and function as an antioxidant in human liver cells. Within other human cells, it was also able to modulate glucose uptake, insulin signalling and SIRT 1 activity, as well as protect telomeres from degradation.

See our alkalising range of jugs and water filters in our Shop https://vivace.ie/shop/